STUDENTS FOR A DEMOCRATIC SOCIETY (SDS)-FOUNDED 1959! 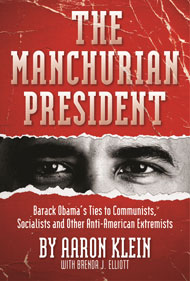 What follows are websites, reports, articles and/or blog posts and videos that reveal that this year is the fiftieth anniversary of the Port Huron Statement that was drafted by Tom Haden, a longtime activist and former California State Senator, which was the founding declaration of Students for a Democratic Society (SDS), issued as a “living document” in 1962. The SDS call for a participatory democracy echoes today in student-led democracy movements around the world, even appearing as the first principle of the Occupy Wall Street. They also reveal the connection between President Obama, George Soros’ Open Society Institute (OSI), Communism, ACORN, and Bill Ayers, founder of the Weather Underground.

Students for a Democratic Society (SDS):

Forming the core of the 1960s counter-cultural movement known collectively as the New Left, Students for a Democratic Society (SDS) was a radical organization that aspired to overthrow America's democratic institutions, remake its government in a Marxist image, and help America's enemies defeat her sons on the battlefield in Vietnam. The group developed from the Student League for Industrial Democracy, the youth branch of the socialist League for Industrial Democracy.

SDS was established in late 1959 by Aryeh Neier, who would later spend fifteen years working for the American Civil Liberties Union (including eight years as its national executive director), and twelve years as executive director of Human Rights Watch (HRW) -- an organization he founded in 1978. After leaving HRW, Neier was appointed in 1993 by George Soros to serve as president of the Open Society Institute and the entire Soros Foundation Network.

SDS held its first meeting in Ann Arbor, Michigan in 1960. Its first President was Alan Haber, and its first impress on the political landscape was the Port Huron Statement of 1962, drafted principally by Tom Hayden.

STUDENTS FOR A DEMOCRATIC SOCIETY (SDS, FOUNDED 1959)-Posted on Discover The Networks:

Port Huron Statement of the Students for a Democratic Society (SDS's founding document)-Posted By Tom Hayden-On 1962:

Which Side Are You on? -- U.S. History in Perspective!-Posted on USA Survival-By Noel Ignatin:

You Need a Weatherman to Tell Which Way Obama Will Go!-Posted on Townhall-By Mary Grabar-On June 22, 2008:

Note:  On September 26-27, 2009, the following eye-opening articles and/or blog posts were published by The Post & Email that revealed a recently released declassified FBI report that exposed then Senator Obama’s ties to the Weather Underground, which was a radical marxist terrorist organization founded by Bill Ayers. These articles also revealed the objectives of the Students for Democratic Society (SDS) as stated by Bernardine Dohrn, Bill Ayer’s wife, during a National Council meeting of SDS in December, 1968: “We are building a working class revolutionary movement to overthrow the capitalists, and the imperialist structure of the United States and the world.”  She stressed the importance of an international alliance with the “third word” in order to “smash American imperialism”, and advocated the creation of an international revolutionary consciousness.  Suspiciously this information was also kept from the American public in the run up to the 2008 Presidential Election by main stream media outlets that are funded by anti-American George Soros as a means of helping then Senator Obama get elected-You Decide:

Question:  What did President Obama mean when he said that the United States was still “working on” democracy while in a meeting with Kazakh President Nursultan Nazarbayev—one of the president’s many meetings with world leaders ahead of the 2011 nuclear summit?-You Decide:

What we haven’t been told about the President’s background!

Communism in Hawaii and the Obama Connection!

Is President Obama inciting riots across the US?

Progressives and Communists Are Out of the Closet Together!

Godfather of The Islamic Revolution!

Is Obama Employing the Cloward-Piven Strategy?

Is it important to understand the Marxist assault on the foundations of our system?

Will the Bernie Bros Burn Down the Democratic Party?

After Democrats Purge All the 'Nazis,' Who Will Be Left?

The Myth of Bernie Sanders’s Honesty

Barack Obama: A Traitor for the Ages

The Propaganda of Single-Payer Healthcare

The looming collision between electric vehicles and green energy

AG Bill Barr: Will he or won't he quit? The narratives change by the minute

A moral voice for President Trump