Follow-up Letter to Our NM U.S. Senator Jeff Bingaman Regarding My Request For a Full-scale Investigation Into Allegations Made By Sheriff Arapio’s Cold Case Posse! 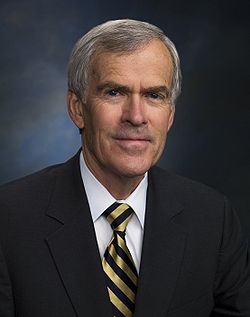 What follows is my fifth follow-up letter to our NM U.S. Senator Jeff Bingaman respectfully requesting that a full-scale investigation be conducted by both houses of Congress into the allegations made on March 1, 2012 by Sheriff Arapio’s Cold Case Posse, which I again am taking the liberty of sharing with you for informational purposes:

On May 8, 2012, I wrote my fourth letter to you respectfully requesting that a full-scale investigation be conducted by both houses of Congress into the allegations made, on March 1, 2012, by Sheriff Arapio’s legal investigative team, known as the Cold Case Posse, which are supported by a preponderance of undisputable/credible evidence, to include sworn statements from witnesses around the world indicating an INTERNATIONAL CONSPIRACY TO DECEIVE THE AMERICAN PEOPLE, along with an abundance of additional questions that have been raised regarding President Obama’s eligibility to be our President and Commander-In-Chief of our armed forces.

Automatic Electronic Response Received From Senator Bingaman’s Office Regarding My Above Letter:

Thank you for your feedback!

My Reply To The National Archive Taskforce On Racism

My rebuttal to the National Archive'sTaskforce On Racism

To Whom It May Concern:

Candyman and the Horrors of Cabrini-Green: Soulless Sequel Lacks the Original’s Hook

Male Pregnancy: The Greatest Miracle of All

Two Exemplars for Comity between Blacks and Jews

Why Is No One Talking About FX’s 'Impeachment' Series?

The Often-Overlooked Facts About Covid-19

An insider's take on the Biden energy strategy

Evil is real, and we're seeing more than than usual from our own government

The Alec Baldwin shooting: everything was done wrong

The devil is in the details?

Resistance with a side of fries

Americans will defeat our domestic enemies by remembering David and Goliath

Condi Rice gets it right on The View